You are at: My Life in Rallying ---> Lancia Martini

End 1988 I came in contact with Henk Vossen and Andre Schoonenwolf who were going to drive with a ex Factory Lancia Delta iIntegrale Gr A in the 1989 Dutch Championship.

I was very interested ( as my Father was also selling Lancia road Cars ) and i went to help them in several rally's for the 1989 International Dutch championship and some events in Germany.

This was a very interesting time as Henk Vossen was a very experiencd rally driver and Andre Schoonenwolf a Super co-driver + the team atmosphere was very nice.

The car was a Lancia Martini Delta HF Integrale 8v Group A in the same colours as the Factory Lancia team.

Sadly Lancia in the Netherlands saw more publicity in the car being present at shows and golf cources then invest in the sport so the project was not going to have a long life.

Many people from "LANIM" the Lancia importer that time were working in their free weekends on the car ( and so was i ).

So when Lancia stopped with rallying in Netherlands i was looking to continue to work in Rallysport and on a high level.

Andre Schoonenwolf knew i was going for an intervieuw with the Mazda Rally Team Europe and he send a fax to inroduce me to the team.

This opened the door for me to go into the World Rally Championship and Mazda Rally Team Europe. 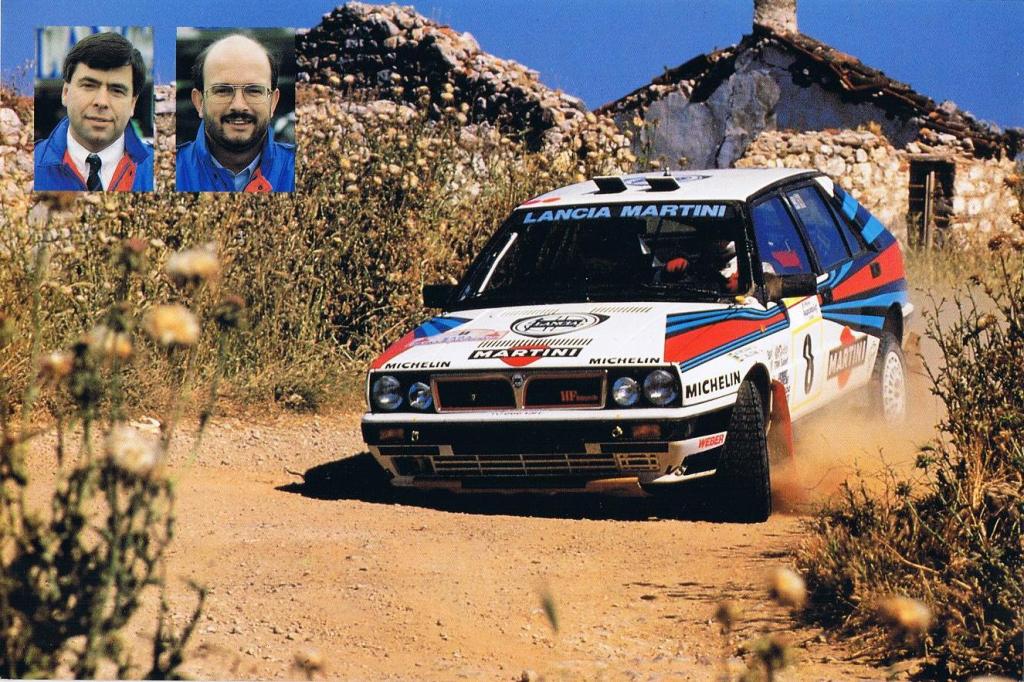